by wsott1970
The only passable, aligned demon princes I don't own are Tzeentch... Old Greaters fulfill this role usually... but the old Tzeentch Greaters are (shall we say) a little small.

Creature Caster models are too similar in stature to Greater Demons for me (I like all but not for this)... Kromelch does have an acceptable model but still a bit too tall... I have researched several conversions and most are either not the look I want or insanely expensive (like the TK ones and that is also too big overall)... I do not feel that painting a normal demon (modern) demon prince Tzeentch colors is even mildly OK for me...

Then comes the first hard part... the wings... Feathered wings are not easy to come by in the right scale... and god help you if you have to acquire 3x Greater Wings (pricey and honestly not that easy - especially metal - and not an optimal size)... Any suggestion?

I am considering the mirco art feathered wings... those are cheap but I think they are oop... and I can only come up with one pair from anywhere I know... and I am not thinking they will be really cool... The cockatrice (and cockatrice parts) in general might be good... but not a common model (ie direct only and it was never popular or widespread - no bits I know for sale on those anyway)... I don't see anything in Reapers line that is big enough. I think SpellCrow or Scribor may have something and that might be where I end up going.

Then the second hard part... the head... I can leave it ogoroid but I would prefer bird heads (diversity)... I haven't got past the whole wing stage and greater heads may be the way to go here or Kairos specifically (two heads are better than one)... but would love to know others thoughts on other options.

I have two of the Thaumaturges (nothing else will be purchased until I know what I am doing in total) but I don't have to use them if somebody knows a great way to do this that I like...

I am open to all suggestions...

I just can't believe there isn't a passable model for this... I did consider older metal Demon Princes but they will still need feathered wings and there are Khorne looking ones and Slaanesh looking ones (and real Nurgle ones) but not a damn one for Tzeentch (that isn't really in the same size category of a Greater)...

by MagickalMemories
I find the Ogroid a bit small, myself.
But, if it works for you... cool.

Heads:
Have you checked AoS? There are a number of griffon-based creatures there. Maybe you could buy one and swap heads, giving it a minotaur head?
Depending on your budget, though... that could also be a place to get your wings!

Have you considered Reaper Bones models for wings?

by MagickalMemories
This model seems to come with a number of head options (appears to be 3), leaving you with a buildable Griffon AFTER you rob it of heads: 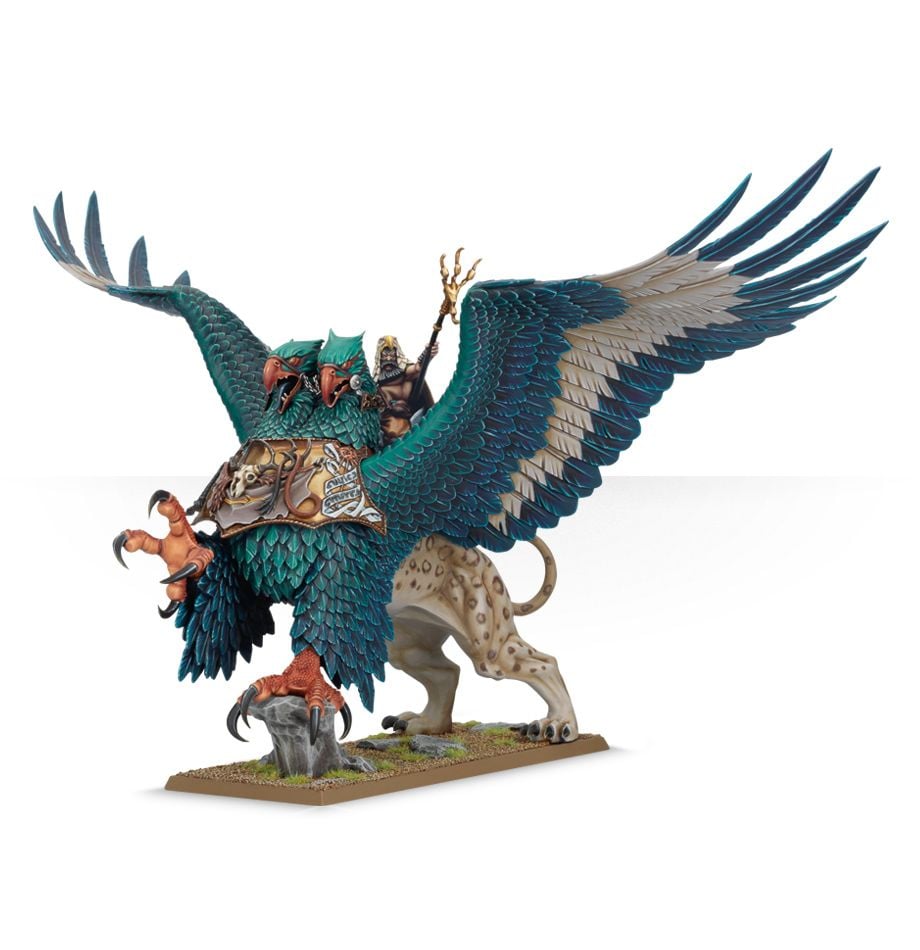 These boys will get you some heads, too: 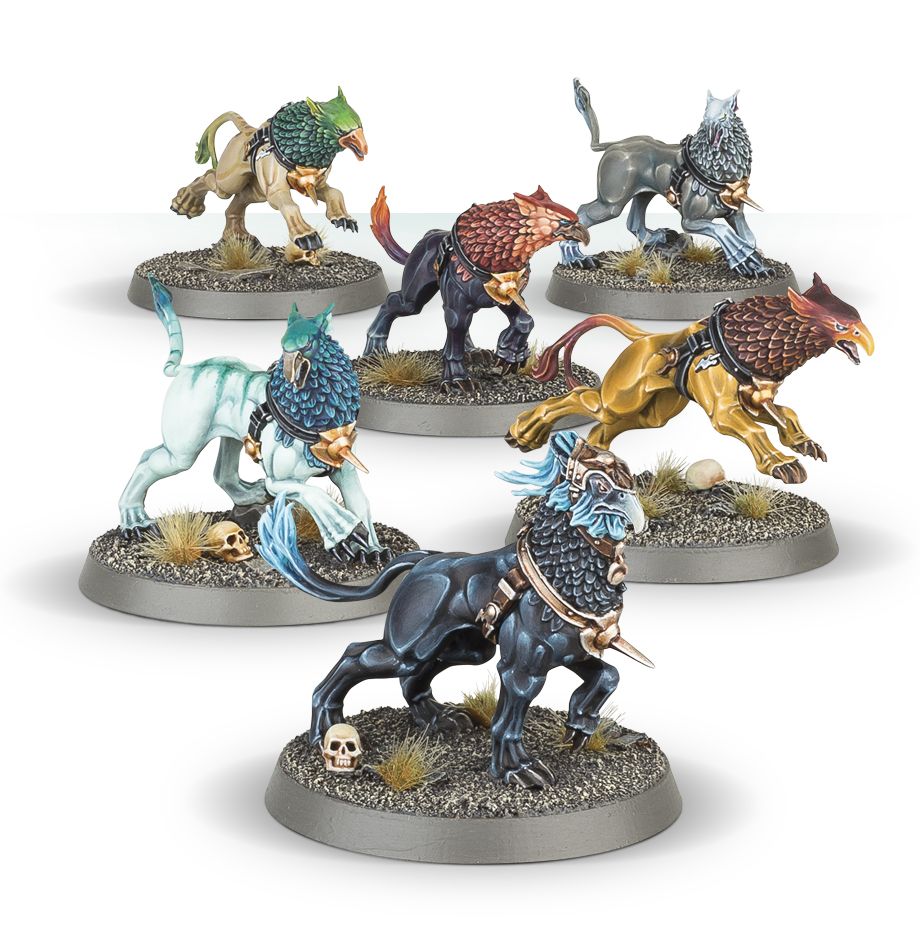 by wsott1970
Yeah, Reaper looked too small to me... but that Griffin idea is really good... that kit is easy to get and it is most likely in bits dealers hands...

The other way is really to just get the old, old greater and just hope it grows on me... They price out at $30ish bucks... same as an ogoroid model really... I don't mind having the two I have right now anyway.

by gardenninja
Games Workshop's own Cockatrice should give you some usable parts. I really love those wings.

If you want to pick up some feathering wings for cheap, definitely look into Reaper's Bones line. Often, you'll need to buy the whole model just to get the wings, but they're cheap enough for that to be ok.

The Ogroid look can be accomplished with a number of other options as well- since he's basically an Oni that they painted blue. So look into a few Oni minis (I think you can get some Relic Knights "noh empire" minis for very cheap from Miniatures Market right now). With a Tzeentch color scheme, you're in good shape- even more so if you swap out one of their weapons for a staff.

Head swapping a Dark Age Dregari could also work really well (so long as the Dregari is one of the bigger ones).


I've seen one conversion where the demon prince looked like a larger incarnation of a pink/blue horror. There's definitely some potential there.

by MagickalMemories
My problem with Reaper Bones is that they're just this side of cheap, plastic army men (IMO).
I HATE how rubbery they are.

by wsott1970
I made a decision that what was staring me in the face was what should be done... After so much research (that I will stick up here one day), I decided that the last series of metal Tzeentch greaters are really demon princes now due to the size difference with the modern plastic greater...

They are approximately the right size... I did buy a few others and they were simply too big... Everything kind of falls into that category... Way too big or way too small... Except the last skulps... They are a bit taller but in terms of overall size they are close enough.

Sean
All times are UTC
Page 1 of 1